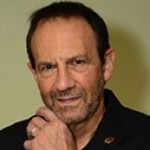 One of the most important jobs we have as care managers at Grace Care Management is to find the best referrals for our clients to support their health care needs and goals.  Working with many people diagnosed with Parkinson’s disease, Minds in Motion (MIMO) is one of those programs we were excited to come across and introduce to you.  Founded by Jim Paterniti and Lester Cohen, Minds in Motion is bringing education, support and empowerment to the local community and all free-of-charge.  Both Jim and Lester were diagnosed with Parkinson’s disease and so their program was designed through first hand experience, with a deep passion for helping others.

Jim’s professional career mixes over 35 years of academic training in genetics and classical biology, with a life-long love affair with medical science and the deeply held belief that applied knowledge changes peoples’ lives. These themes have played out in the co-development of two successful drugs; one to prevent heart disease, the other to treat type 2 diabetes. Along the way, Jim co-authored 60+ scholarly publications. He has held scientific positions in academia, start-up biotechs, biopharma and global pharmaceutical companies. As a recognized expert in the pharmacology of cardiovascular and metabolic diseases, he has enjoyed numerous international lectureships. Jim’s favorite accomplishment remains the mentoring of more than a dozen junior scientists, several of whom are now established experts in their fields.

In 2008, Jim received the diagnosis of Parkinson’s disease. Within months, Mary his wife was diagnosed with advanced colo-rectal cancer from which she is now, thankfully in remission. Coping with progressive disability and the uncertainty of life changed the world for Jim. Recognizing that he was not positioned to contribute meaningfully to cancer or Parkinson’s research, Jim changed tack to promote patient education and support. He and Mary are founders of UCSD’s GI-Cancer Support Group. Jim went on to create Minds in Motion (MIMO), with fellow Parkinson’s patient, Lester Cohen. MIMO is a novel program that empowers people with Parkinson’s and their care partners to live well by taking control of their disease.

As community volunteers, Jim and Mary devote time as executive officers of the Scripps Ranch Civic Association. Jim’s other interests are ballet and modern dance, powerlifting and gardening. He has a passion for teaching and learning from others and believes that laughter is powerful medicine. In 2011, in an unofficial attempt, Jim shattered the world’s bench press record for his weight and age.  Here is our recent featured interview with him.

Can you tell us more about the goal of the Minds in Motion Program for those with Parkinson’s?

First, let’s briefly review the scope of Parkinson’s, since it highlights why an  effective program of non-medical management to compliment medical care is so crucial to living well with Parkinson’s.  This is the goal of the Minds in Motion (MIMO) Program.

Traditionally, Parkinson’s is thought of as a movement disorder, caused by degeneration of a motor control center in cortex of the brain.  The clinical diagnosis is still chiefly made by ruling out other disorders and from signs of muscular rigidity, tremor, and slow movement.  Catastrophic falls which are a leading cause of death in people with Parkinson’s largely reflect stooped posture and freezing in mid-step which are hallmarks of the progressive motor neurodegeneration.

We now know that Parkinson’s touches every brain function from cognition and memory, to mood, balance, proprioception, smell, sleep and diurnal rhythms, pain, thermoregulation, salivation and excretion.  Parkinson’s dementia is second only to Alzheimer’s in its incidence and its devastation.  Chronic fatigue and pain, which can be debilitating, are very common in people with Parkinson’s.

Medicine and surgery provide people with Parkinson’s some symptomatic relief, especially for tremor and dystonia.  Depression, anxiety, sleep apnea and constipation are other areas where medical management of Parkinson’s can be relatively good.  But with no cure for Parkinson’s in sight, reliance on multiple drugs for symptomatic treatment begs the question of how many adverse interactions and side effects a patient can tolerate before the treatment becomes worse than the disease.  The physician faces the impossible hurtle of delivering effective therapy with flawed drugs, which in some cases are being used off-label.

MIMO therefore strives to provide the non-medical standard of care for people with Parkinson’s.  To ensure our objectivity, MIMO services are free-of-charge and we derive no profit from any source.  We are experts in biology, medicine, psychology and adult education.  The program was developed using evidence-based best practices and expert consultants.  Our goal is to develop the state-of-the-art non-medical standard of care which empowers people with Parkinson’s to take control of their disease and journey with joy.  It has three components:

Why is movement and exercise so important to people with Parkinson’s?

The overwhelming scientific consensus is that a regular program of goal-directed exercise is perhaps the single most important component in the non-medical management of Parkinson’s.  Controlled studies show that regular exercise improves posture and walking speed, but more importantly it reduces falls.  The good news is that exercise positively affects Parkinson’s symptoms across the board.  Sleep, depression, anxiety, constipation, voice and swallowing deficits, balance, stiffness, memory, cognitive function, fatigue and pain all benefit from a regular directed exercise program.

Can you tell us how MIMO benefits people with Parkinson’s?

The principle benefit of MIMO is that it uses the best available evidence to address the question:  What can I do, as a person affected by Parkinson’s, to live well with this disease?  The word “affected” in the previous sentence was chosen to recognize that care partners have needs that arise as the result of Parkinson’s.  MIMO is a place where those who are touched by this disease share their experiences and get answers on what they can do in their daily lives to take control.  We provide a directory of exercise programs which we have evaluated for their ability to meet the needs of people with Parkinson’s.  MIMO’s educational component contains over 30 presentations which have been fact checked for accuracy to represent current consensus on topics like, team building, acceptance and denial, exercise, depression, sleep, driving, nutrition, mindfulness, medical marijuana, situational awareness, fall prevention and recovery, and care partner burnout.  The monthly support group component provides a safe, environment to share issues and experiences.

What do you think is the most underdeveloped resource to help the Parkinson’s community?

Unlocking the potential of the person with Parkinson’s and their care partner team and empowering them to take control of Parkinson’s is the greatest unmet need that we can address.  To live well, we must compliment medical care through our health-promoting actions.  This can only happen to the extent that personal behavior can change.  Research into motivational control, adult learning and teaching the cognitively impaired are areas where a breakthrough would be of inestimable value.

What new Parkinson’s research is of particular interest to you and why?

I was intrigued when Stanley Prusiner (Nobel Prize, 1997) at UCSF isolated prions, little bits of self-propagating protein, smaller than a virus which appear to be the infectious agent in so-called “Mad Cow Disease” (aka: BSE, TSE).  Warren Olanow and others, found striking similarities between prions and alpha-synuclein, the protein which forms the Lewy body, currently the prime suspect in the genesis of Parkinson’s and other neurodegenerative diseases.  If this line of research holds up, treatments for Parkinson’s would change radically.  Parkinson’s might one day be prevented by a vaccine that thwarts prion infection, or a drug that prevents the prion from spreading through the brain.  This research also tempers my enthusiasm for the current effort at stem cell therapy, since one might expect that prions would invade and destroy the transplanted neuronal progenitors.  But, stay tuned!

Do you have a personal philosophy that helps you cope with the challenges of Parkinson’s?

I am convinced that there is no magic except that which we create by our actions.  I also know that the only time that I can act is in the present.  Life is not a dress rehearsal.   I have a very short “to do” list which I use to stay on track.

🔺Stay active
🔺Pursue life-long learning
🔺If you can be right or be kind, be kind
🔺Help someone else

How can someone reach you who is interested in learning more about MIMO?