Songs and Proverbs for the Journey 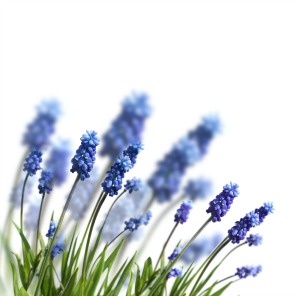 SAN DIEGO — “Around and around and around she goes, and where she stops nobody knows.” My grandfather used to say that. And when he really liked something he’d say, “It’s the cat’s meow.”

Funny that those simple and often silly one liners are what I remember about him the most.

Countless phrases and limericks containing the precipitate wisdom of a lifetime. Spiced colloquialisms of personal history. What I’ve noticed working with the elderly over the years is that often, those automatic and lyrical responses to life are often all that’s left when one is getting towards the end.

If Grandfather’s limericks where philosophical and whimsical, Grandmother’s were utilitatrian and religious. As in “Many hands make light work.” Or, the line from the Catholic hymn, “O sacrament most holy, O sacrament divine.” I can still see her pumping the organ at church with her large legs in support hose and lilac hair.

My mother’s would have to be, “God helps them that helps themselves,” or “There are many things in this life you don’t want to do but you’ve got to do them.” All pragmatism, no fun. Life is grim so suck it up.

Ah, the tragic Irish, we canna help it.

Or another of his favorite incantations: “May the bird of paradise fly up your nose.” Only slightly less bizarre.

No wonder he didn’t fit in with my mother’s family too well. Such a scandalous hick from Tennessee.

On the other hand an aging and well-respected uncle on my mother’s side, is remembered by something a radio character used to say back in the day, “Who knows what lurks in the heart of men? The shadow knows… .” Followed by creepy laughter. Rather sinister.

My brother and I would love it when he did his “shadow routine.”We thought him absolutely brilliant.

I honestly do not remember anything else he ever said. Seems strange, that. He was an M.I.T. engineer who calculated head and tail winds of every flight he ever flew on, obsessed about golf, ate with his mouth open and never married.

When I think of patients whose sayings I remember well I think of one caustic old Norwegian woman who seemed particularly unhappy. She’d say this to anyone who didn’t meet her expectations, “The road to hell is paved with good intentions.”

I have one patient now who loves to say she’s “between the devil and the deep blue sea.” And indeed she is. So I throw my lifeboats out to her saying, “Take one day at a time, love.” It’s all we can do. “Sufficient unto the day is the evil thereof.” “God will never give you more than you can handle,” etc., etc., etc.

She wants me to hold her, then she asks me the question she always asks me in British accent, “Will you be at the back of me?” And I say what I always say to her, “I’m right here and I’m not leaving.”

Pauline, a Russian lady I used to care for who loved the opera used to say with regularity, “A little rouge and a little paint makes a girl what she ain’t.”

Another used to tell me his secret to a happy life with regularity. “Keep your mind full and your bowels empty.”

Makes me wonder what littany of expressions I will be reduced to when I am aged and more in reflective than active mode. Most likely a few of them will be: